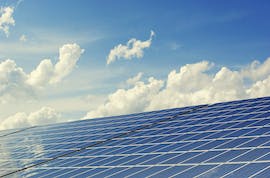 Some of the reasons I was attracted to California before moving here nearly 20 years ago, was not merely for its natural endless beauty, landscaping throughout valleys and mountains; breathtaking coastline or the year-round mild climate allowing for countless outdoor activities.  California is where innovation is born. California attracts and retains individuals from all walks of life who are forward thinking.  From setting standards for consumer protection to being a leader on environmental issues. Despite the growing cost of living in California, it is still a place where dreams are realized. And once again, California continues to lead by example, by being the driving force behind renewable-energy.

Until recently, the financial cost for entry of renewable-energy for middle income families were steep. Now, with government rebates and incentives, and private investor funds, renewable-energy—specifically, solar panels, are attainable for any homeowner who wants it. And as a result, saves the homeowner significantly on, installation, electrical costs, and especially important, reduces the carbon footprint.

Tesla Inc., an energy storage company, based here in California, is known for its electric vehicles, clean energy storage and solar panels, has been on the forefront supplying solar roof tiles over the past several months, which are made with tempered glass, reported to be three times stronger than standard roofing tiles and offers a lifetime warranty. So far, customers who have had the solar tiles installed on their homes are raving fans. And as one would expect from Tesla, the design is sleek, elegant, and understated, very much like that of its automobiles. 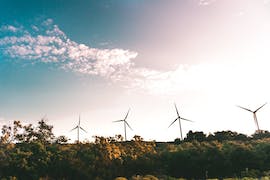 According to the National Renewable Energy Laboratory (NREL), “more energy from the sun falls on the earth in one hour than is used by everyone in the world in one year.” Imagine that!
Regardless of whether or not you believe in climate change, some of us are still mindful of using less energy and being rewarded by paying a lot less than the traditional energy consumption cost, which is significantly less, approximately 50% less than the typical monthly utility bill. And, that is just a few reasons why investing in solar panels is definitely a wise investment.

“The only way forward, if we are going to improve the quality of the environment, is to get everybody involved” – Richard Rogers, Architect

previousWhat is to become of fair housing?
nextHappy Mother’s Day!