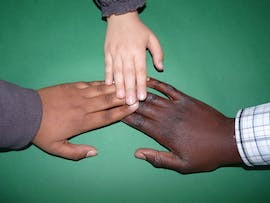 Is diversity a bad word? Why is there so much talk of it as it appears we steadily step backwards? Why are we not able to learn from the past? Has hate to become more powerful and acceptable? In 1963 when people of color and immigrants, not unlike myself, could not rent an apartment or purchase a house because they were being denied based on their race, color, nationality, etc. while Dr. Martin Luther King Jr. drew the nation into joining in the praise that we are all equal and should be treated as such.  Roughly 3,000 miles away in California, Assembly Member, William Byron Rumford Sr., introduced a housing bill that would make it illegal to deny people the right to buy or rent a house because of their race.  The bill was signed into law by Governor Edmund Brown, the father of our current governor, Gov. Jerry Brown.  With Proposition 14- a ballot measure that nullified the Rumford Fair Housing Act- strong opposition from organized real estate and The Los Angeles Times “endorsed the effort to make racial discrimination in housing legal again in California.” In 1966, Proposition 14 was ruled unconstitutional by the California Supreme Court and by the U.S. Supreme Court a year later. In 1968, President Lyndon Johnson, a week after the assassination of Dr. Martin Luther King, Jr., signed the Fair Housing Act into the law of the land.

The Fair Housing Act prohibited housing discrimination by race, color, creed, and national origin. Sex and protected class were added in 1974 followed by disability and familial status in 1988. While we have come a long way over the past 50 years, we still have a long road ahead of us.  In 2016, the African-American population was estimated at just shy of 47 million or 14.5% of the U.S. population, a 5% increase from 1960. Still, according to a recent article in housingwire.com, homeownership for African-Americans remain, “unchanged since 1968, and about 30 percentage points behind that of whites.  The overall minority homeownership rate is about 47%.”  For the Asian community, homeownership remains dim, according to 2018 National President, Randy Char, of Asian Real Estate Association of America (AREAA), stating that “many in our community continue to experience the same kind of discrimination and hatred that was so rampart for so long in this country. So, while we recognize and applaud the progress made over the last 50 years, we understand that there is still much work to be done.”  The LGBT community fairs not much better. California, the District of Columbia and only 20 other states have housing anti-discrimination laws.  Fortunately, there is some good news. In the 2017 State of Hispanic Homeownership Report, states that “Hispanics are the only demographic to have increased their rate of homeownership for the last three consecutive years,” with a homeownership rate of 46.2%. 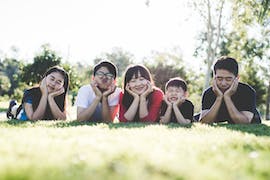 Alas, there is reason to be very concerned, especially when the head of the Department of Housing & Urban Development (HUD), Dr. Ben Carson, appears to be positioning to exclude wording from its mission statement that could impede fair housing as we know it.  And allegedly, some local HOA’s here in the Los Angeles area, are consciously making efforts to ensure their association is not FHA approved so as not to let the “undesirables” in… Yet, as daunting as it may seem now, we cannot give up. We have to make sure our voices are heard; which include reaching out to our elected officials– call, write, tweet, visit and let our voices be heard.  Hold them accountable.  Much have been sacrificed to get us here, for the sake of the generations to follow, do something.

“Our lives begin to end the day we become silent about things that matter” – Dr. Martin Luther King Jr.

Source:The Fair Housing Act at 50: Why the legacy of housing discrimination remains