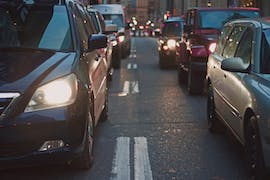 Los Angeles County, the most populous county nationwide, is really feeling the pressure of an increased demand with approximately 25% of California’s population at 10 Million, as of July 2017, US Census.  There are too many people living here who are traveling great distances to commute between home and work; for some, up to three hours one way, primarily due to the high costs of housing and the lack of affordable homes on the market. Over the years, there has been a lot of talk about “affordable” homes but what does that really mean, especially on the macroeconomic scale and what does it take to get into an “affordable home?”

To be clear, affordable homes come at a cost.  Whether it comes from Inclusionary zoning, rent control or land use restrictions, which are under bureaucratic control that limit property rights, does not seem to make much of a difference, except to contribute more to a low inventory of available homes for sale thereby causing home prices to increase.  I will address rent control and land use restrictions in a future blog.

In the case of Inclusionary zoning, which is when the city or county mandates that new developments include a portion of the new construction, albeit a small percentage, is affordable units. These units are priced low enough for households earning at or near the median income to afford. In return, developers are rewarded with incentives such as expedited approvals, fee waivers, tax breaks, etc. The issue with that is that it might not be cost effective for some home builders, so only a small percentage might be open to it.   In a recent latimes article, Los Angeles County recently passed a motion, “that would seek to preserve and increase the number of affordable housing units in unincorporated area.” The City of Los Angeles is also considering a similar measure.

Still, this is a great time to sell due to a low inventory of available homes for sale, which has created a high demand, and interest rates are still relatively low for purchasing. Many homeowners hesitate to sell because they are concerned that they may not be able to find another home to purchase in time and are rightfully afraid to be left with no place to live. Those whom have lived in their homes for decades, are concerned with the massive property tax bill they would face and so they stay put, practically trapped in their homes. 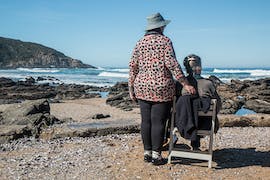 California needs approximately 100,000 additional homes per year to meet current demand. One way to free up supply is to make it easier for senior homeowners to sell their properties without losing their tax advantage. California has a lot of senior homeowners who are still living in the homes where they once raised their families. Many of these senior homeowners living on a fixed income, are now living in homes that are too large for them, and, in some cases, would like to be able to move closer to family members who are now residing in another city or county. Should they choose to downsize and sell their current home, they face a huge property tax increase between 100% to 300%! California Association of REALTORS® (C.A.R.) will have a measure on the November ballot, California Proposition 13 Tax Transfer Initiative, which would allow homeowners age 55+ to transfer some of their Proposition 13 tax base to a home of any price, anywhere in the state, any number of times. Since 2000, approximately 75% of our senior homeowners have not moved, this measure will allow them to do so without the fear of an extreme property tax burden, thereby freeing up more properties to enter the market. That is one solution. I think it is a good start.

previousKeeping it Together…
nextWhat is to become of fair housing?

That gave me a new perspective on retirement living and home availability. Never looked at it that way.